Broadly speaking, RA consists of two distinct disease subtypes that are characterised by the presence or absence of RA-related auto-antibodies, of which the presence of anti-citrullinated protein antibodies (ACPA) is most specific for RA. Both subtypes have known differences in the severity of the disease course, and ACPA-positive and ACPA-negative RA may differ in their treatment responses. “What we all know, is that RA treatment has improved drastically with earlier treatment and better medication,” said Dr Xanthe Matthijssen (Leiden University Medical Center, the Netherlands). “However, the difference in treatment response between these two subtypes is still unclear and treatment guidelines do not make a clear distinction in RA treatment. Almost all start with methotrexate.” 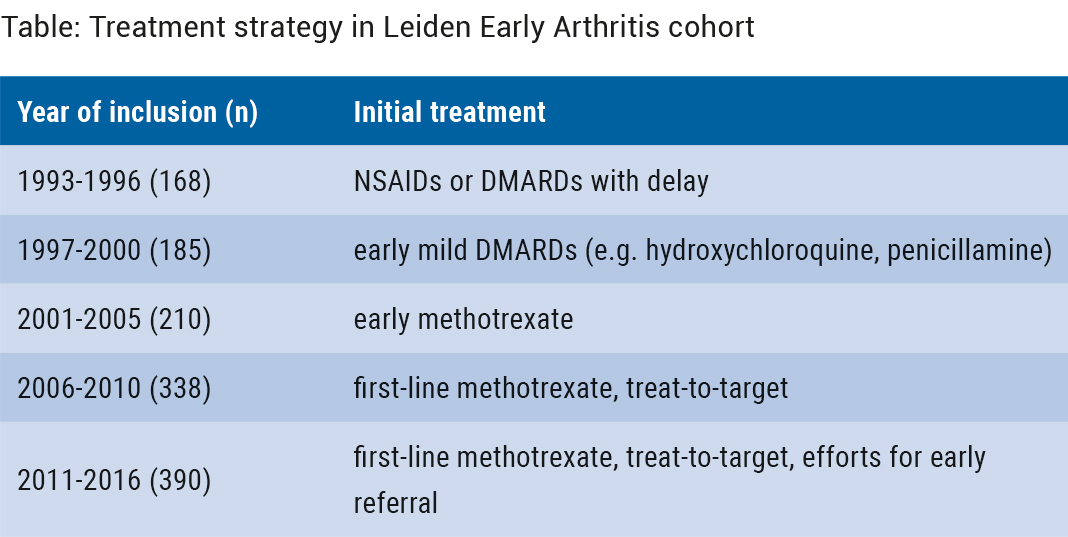