Oral ceritinib showed efficacy in patients with ALK-positive non-small cell lung cancer (NSCLC) that has metastasised to the brain, according to results from the phase 2 ASCEND-7 study presented by Dr Laura Quan Man Chow (University of Texas at Austin, USA) [1].

The safety profile in this population was consistent with the reported profile of ceritinib, with no new or unexpected safety signals observed in the study. Regardless of prior ALK inhibitor treatment, ceritinib activity was consistent with its known efficacy established in patients with ALK-positive NSCLC with or without brain metastases. Across all study arms, ceritinib achieved fast, high, and durable intracranial responses. Dr Chow also noted that patients who were naïve to a previous ALK inhibitor had higher intracranial response and intracranial disease control rate was high across all arms.

Table. Results of the ASCEND-7 trial. 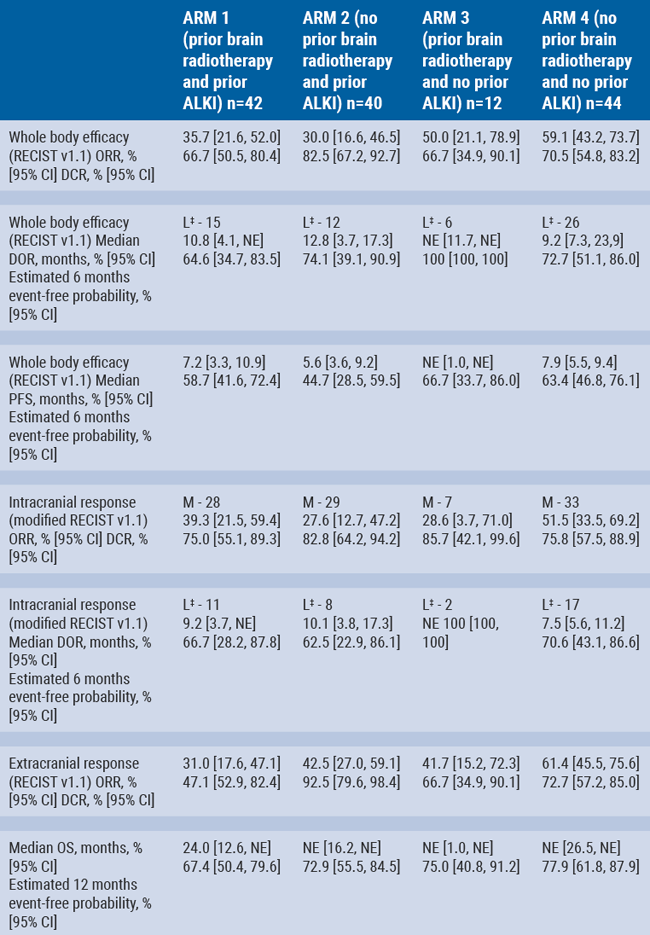