The study presented by Dr Anne Nielsen (Zealand University Hospital, Denmark) compared 301,542 COPD patients who were new users of β-blockers with more than a million new users of any other antihypertensive drugs [2]. The participants were aged 30-90 years and had no history of COPD hospitalisations. From 1995-2015, participants were followed in the Danish National Patient Registry for hospital admissions for COPD, all-cause mortality, and COPD associated death.

Figure: Patients treated with a β-blocker had a significant lower risk of all-cause mortality [1] 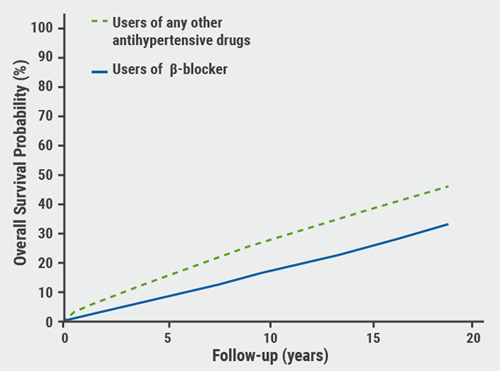