Haematopoietic stem cells can sense tissue damage in the gut

Inducing inflammatory bowel disease in the mice enhanced proliferation and expansion of HSPCs such as MPP and myeloid-restricted progenitors in bone marrow, while simultaneously reducing lymphoid-restricted progenitors, as measured by flow cytometry, microscopy, in vivo pharmacological treatment, and in vivo serial transplantation. Proliferating MPPs were localised adjacent to endothelial cells within the gut-associated mesenteric lymph node (MLN) but not in other lymph nodes, suggesting a specific haematopoietic response to gut inflammation, which the researchers demonstrated to be dependent on TLR signalling. Mice were then pre-treated with either a single or a mixture of antibiotics to deplete specific types of bacteria to determine what might trigger the TLR signalling. Pre-treatment with gram-positive directed antibiotics like vancomycin and ampicillin, completely abrogated haematopoietic responses to IBD, whereas neomycin and metronidazole, directed against gram-negative bacteria, enhanced haematopoietic response. Genome profiling and bacterial lysate injection identified that gram-negative bacterial species prompt MPP migration to the MLN through TLR-related signals. Following the MPP recruitment, myeloid cells including eosinophils and monocytes rapidly increased in MLN and their cell depletion by neutralising antibody worsened IBD-induced colitis. 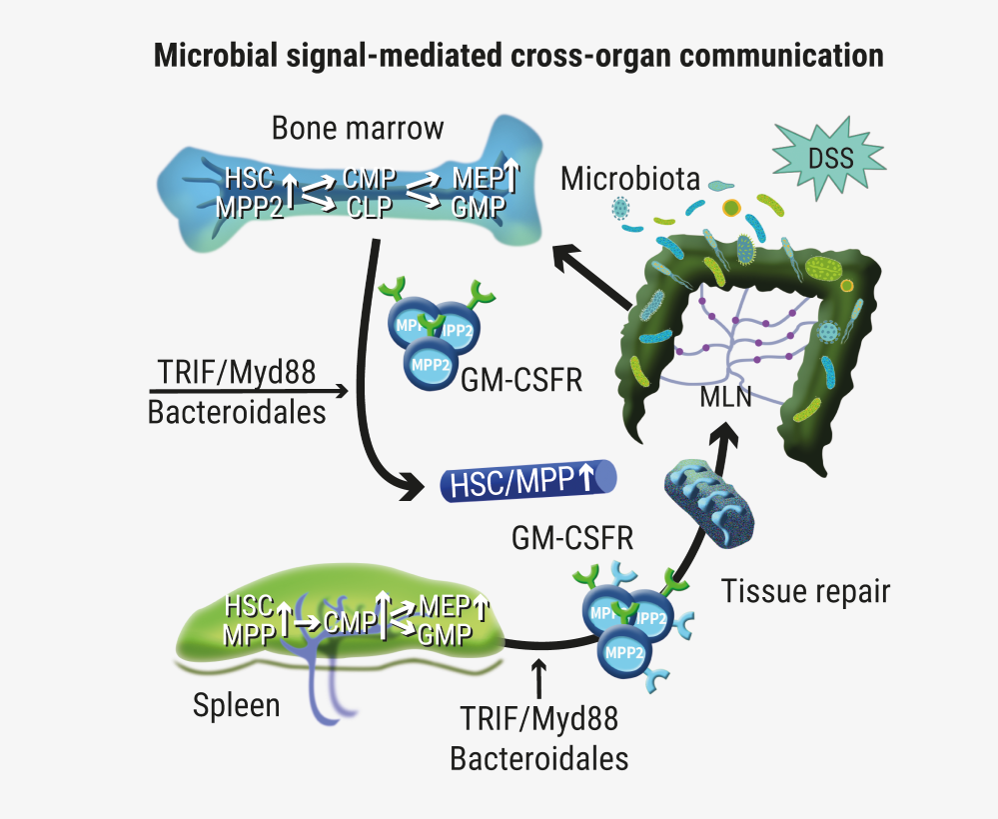 Introduction to the Conference Report of the EHA

Initial data on AMV564 in patients with relapsed/refractory AML

Overcoming the “don’t eat me” signal in AML and MDS

Guadecitabine vs treatment of choice in AML

CAR-T cell therapy in ALL as breakthrough advance

Venetoclax for multiple myeloma: effective but some safety concerns

Haematopoietic stem cells can sense tissue damage in the gut