Previously, safety and efficacy of adalimumab in UC patients had been demonstrated in the ULTRA 1 and ULTRA 2 trials. LEGACY – an on-going ten-year, post-marketing, non-interventional, multinational registry – has been designed to further assess the long-term safety and effectiveness of adalimumab as used in the daily clinical practice for adult patients with moderate-to-severe active UC, thus providing real-life data. The registry also evaluates the long-term safety of patients receiving IMM (thiopurines) without concurrent biologic.

Registry TEAEs were defined as AEs occurring from the first day in the registry for up to 70 days for adalimumab or 30 days for IMM after the last dose in the registry, or up to the cut-off date of May 31, 2017. For the adalimumab registry group, data were reported with or without concurrent IMM, and overall. AEs were recorded based on concurrent IMM use at the time of occurrence.

Table 8: Incidence and event rates of TEAEs in the LEGACY registry [3] 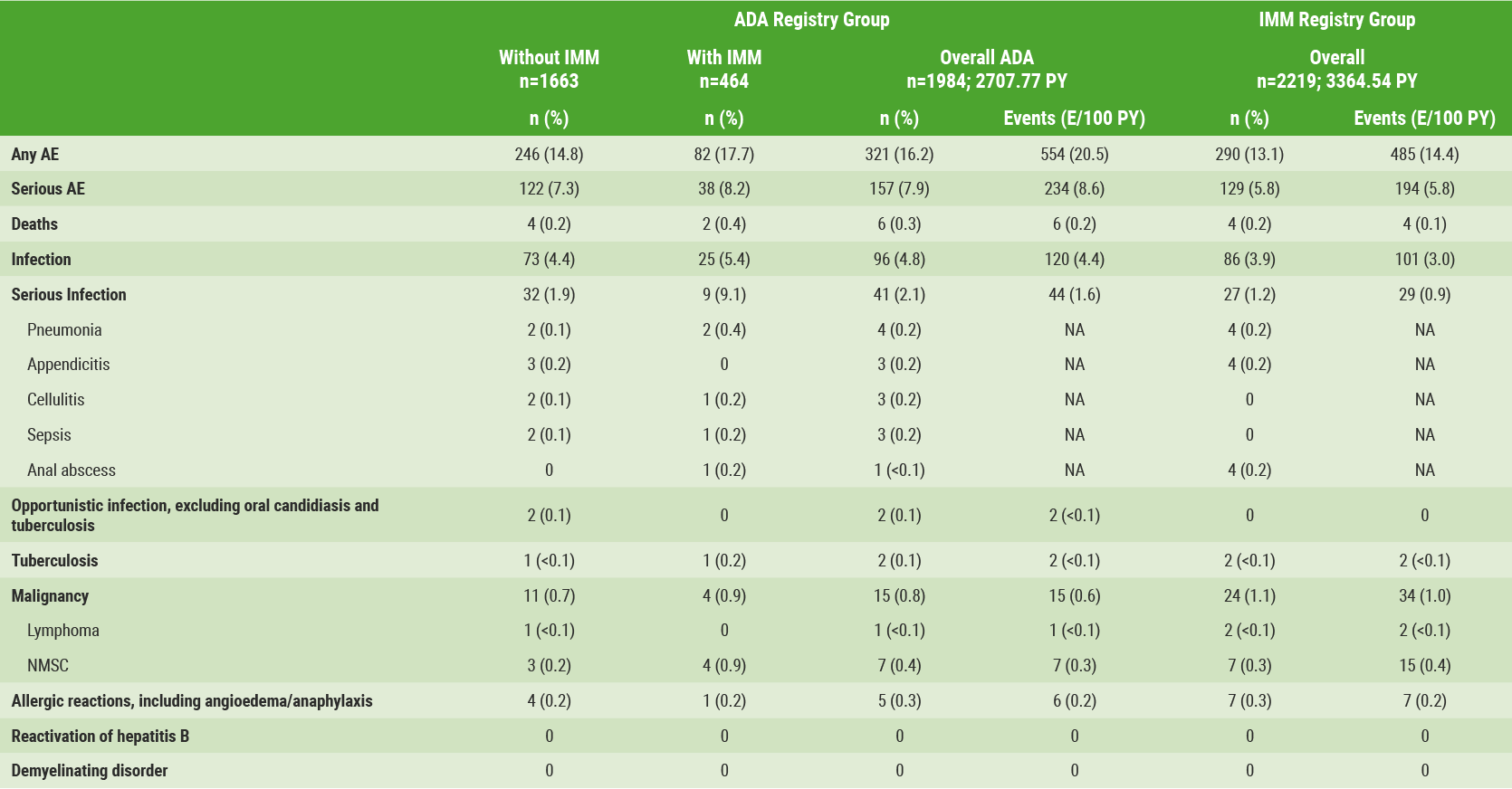