It is known that IBD patients have an increased colorectal cancer (CRC) risk, which is further increased following colonic low-grade dysplasia (LGD).

Endoscopic surveillance programmes aim to reduce CRC risk by detecting and removing pre-cancerous lesions such as LGD. Long-term risk of high-grade dysplasia (HGD) or CRC after LGD is relatively unknown, as most available studies are small and cover short follow-up periods.

A Dutch study presented results from a nationwide cohort of IBD patients with LGD. Long-term cumulative incidence of advanced neoplasia (HGD and/or CRC) was determined to be 21.9% after 15 years [1]. Meanwhile, older age at LGD, longer IBD duration before LGD, and male gender were recognised as independent risk factors for advanced neoplasia development. All IBD patients presenting with LGD between 1991 and 2005 in the Netherlands were identified using the Dutch National Pathology Registry. Follow-up data were collected until January 2016. 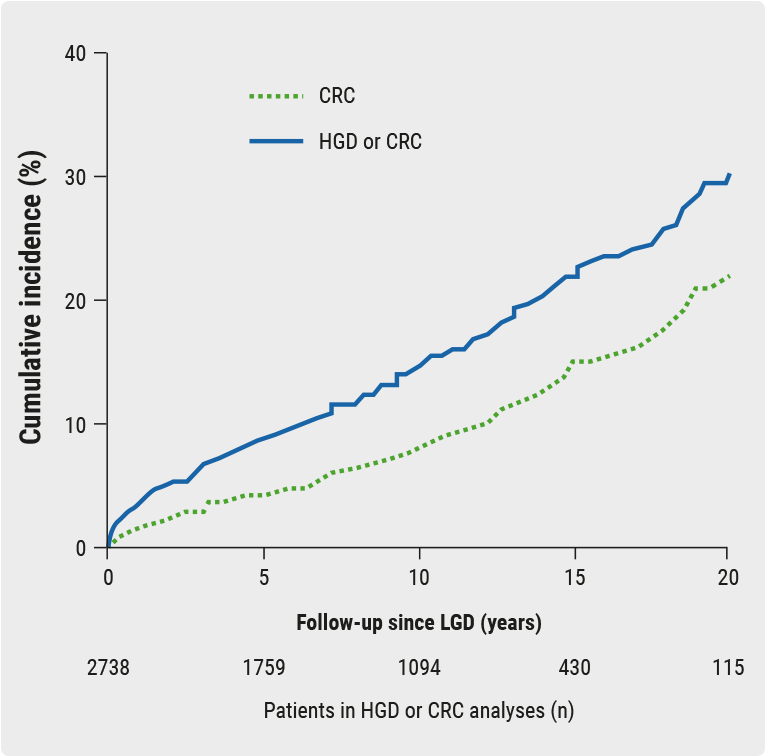