Biomarkers and how to use them

Figure: Percentile range areas of serum NfL in normal elderly during the course of ageing [2] 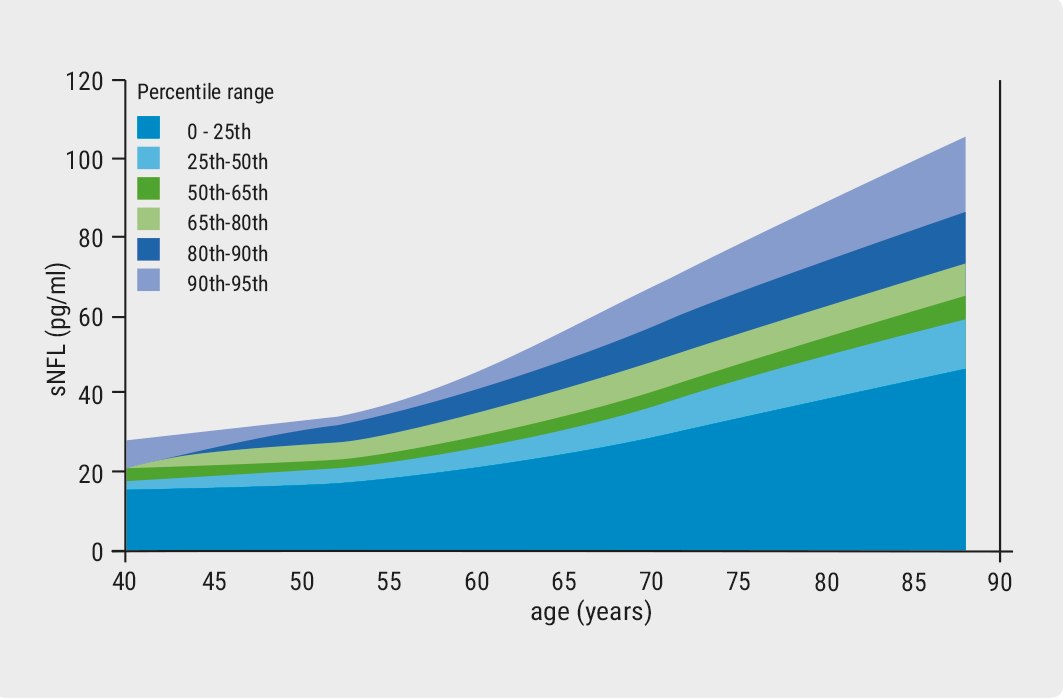 A consensual diagnostic algorithm to guide the combined use of biomarkers has been developed for the first time [4]. Dementia experts joined a Delphi procedure on behalf of 5 Italian scientific societies (SINdem, AIP, AIMN, AINR, and SIBioC). Their recommendations attempt to maximise biomarkers’ informative value over costs.

The panel identified a diagnostic algorithm including clinical and cognitive assessment, blood examination, and MRI with both exclusionary and inclusionary value at baseline. Different examinations are then prescribed, based on the diagnostic hypothesis: cerebrospinal fluid biomarkers -or amyloid PET as second choice- for suspected AD; FDG-PET for suspected frontotemporal lobar degeneration (FTLD) and low confidence of AD; and I-123 MIBG cardiac scintigraphy for suspected Lewy body dementia (DLB). Biomarker investigation for AD in older patients with consistent clinical and MRI findings should be considered based on its plausible clinical impact.

Biomarkers and how to use them

Antipsychotics increase mortality regardless of comorbidity

Clinical and cost effectiveness of levetiracetam vs valproate

The role of neurogenic inflammation in migraine

Fremanezumab results of the FOCUS study

Inflammation may change the course of Parkinson's disease

No disease-modifying effect of levodopa/carbidopa in Parkinson's

Opicapone: follow-up on the BIPARK I and II trials

Haematoma expansion and mortality in intracerebral haemorrhage after OAC