Of the annual in-patient cost of caring for congenital heart disease (CHD), hospital readmission accounts for 10%, 20% of CHD admissions are for congenital cardiac surgery [1,2]. However, limited data exists on early outcomes after CHD surgery, especially on adolescent and adult CHD patients [3].

Everitt at al. aimed to determine the unadjusted 30-day readmission rate for CHD patients who underwent congenital heart surgery and identify demographic and clinical risk factors that predict unplanned 30-day readmission [4]. They analysed a retrospective cohort of 971 adult and paediatric patients with CHD who underwent congenital heart surgery from 2011-2012. The patient characteristics and outcomes are described in the Table below. 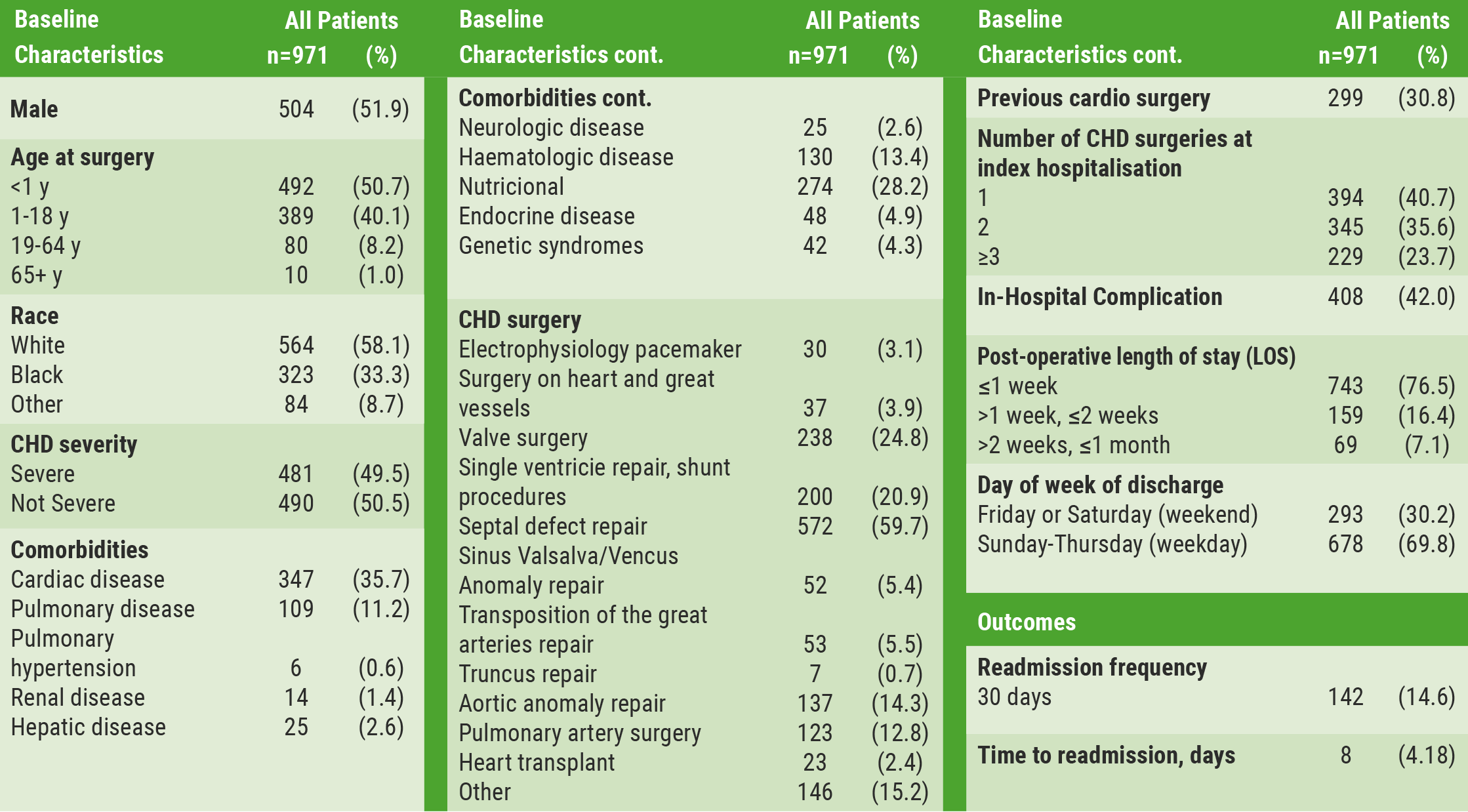 Some clear differences emerged between readmitted and non-readmitted patients. Patients with a history of previous cardiac surgery, longer postoperative length of stay, and nutritional and haematologic comorbidities were more likely to experience unplanned 30-day readmission than patients who underwent single ventricle repair, pulmonary artery surgery, or a heart transplant. Also, patients aged 1-18 years or who underwent septal defect repair were less likely to be admitted.

In conclusion, unplanned hospital readmission is common after congenital cardiac surgery, the unadjusted 30-day readmission rate being 14.6%. Yet, it was pointed out that identification of hospital readmission depends on successful linkage of patients from the STS database into Emory University surveillance repository and accurate administrative documentation; thus posing a limitation of this trial.