Dr John Koo, of the Phototherapy and Skin Treatment Clinic at the University of California San Francisco, gave an update on new data on oral therapeutics in psoriasis [1].

Apremilast appears to have lower efficacy than some biologic agents. However, its ease of administration as an oral agent, coupled with a mild side-effect profile, make it an attractive option for many psoriasis patients.

A poster presented at the annual meeting of the European Academy of Dermatology and Veneorology (EADV) in Geneva provided more insight into the mode of action of this small molecule: it assessed the influence of apremilast on different cytokines compared to placebo [2].

Data came from the ESTEEM 2 trial, which confirmed the therapeutic concept that apremilast works as a cytokine modulator. It has a distinct effect on the proinflammatory cytokines IL-17A, IL-17F and IL-22, but lowers TNF-α to only a minimal amount. “I think it is therefore a good idea to combine apremilast with a TNF-α blocker, if a monotherapy does not show enough efficacy, because in this way you get an influence on all cytokines,” said Dr Koo.

This approach is backed by a case report of a patient with recalcitrant psoriasis who gained near-complete remission after therapy with a combination of adalimumab and apremilast [3]. According to a retrospective study, apremilast can also be combined with phototherapy, systemic, and/or biological agents in patients with plaque psoriasis who do not respond adequately to these agents alone [4]. Gastrointestinal side-effects were manageable in the majority of patients, 81% of whom achieved PASI-75 response at Week 12 after apremilast was added to an existing therapy.

Another open-label observational study assessed the efficacy of apremilast in combination with narrowband ultraviolet-B therapy [5]. Patients with moderate-to-severe plaque psoriasis received apremilast and increasing doses of NB-UVB (310-312 nm) three times per week for 12 weeks. In this way, 73% of patients achieved a PASI 75 response at Week 12. NB-UVB may therefore be an option to enhance an initial therapeutic response to apremilast. In this trial, the combination had an impressive effect on pain and itch, assessed as an improvement in a VAS-Score [Figure 5]. 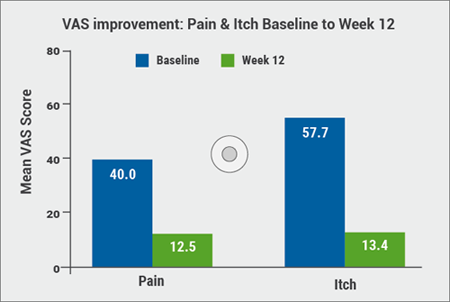 Figure 5: Improvement of pain and itch by the combination of apremilast and narrowband UV-B therapy. [5]

“The reason is that the aerosol goes away, and you achieve a higher penetration of the active ingredients,” said Dr Koo. In this trial, 54.6% of patients using the aerosol foam gained controlled disease according to IGA, compared with 43% using the ointment [Figure 6]. The aerosol was also superior in reducing the itch [6].

A penetration study after topical application to pig-ear skin confirmed that about double amounts of calcipotriene and betamethasone dipropionate were found in the skin after application of the aerosol compared to the ointment [7]. “I think this supersaturation is a nice way to enhance efficacy of topical treatment. In addition, it is also easier to use for our patients,” concluded Dr Koo. 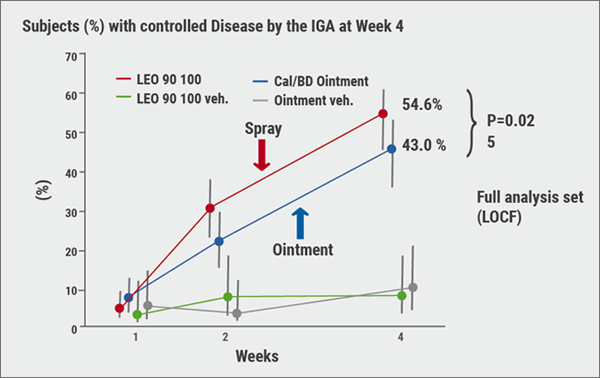 Figure 6: A combination aerosol foam Is more efficacious than a combination ointment. [6]

A drawback of phototherapy with a UVB box is that approximately 36 sessions (three per week for three months) are necessary for a marked improvement.

“UVB phototherapy using excimer laser is targeted. Therefore, you can treat much more aggressively because thick plaques are more tolerant than normal skin whereas, in phototherapy, you can only use the minimal erythema dose—otherwise, you cause sunburn,” explained Dr Koo.

The 308-nm excimer laser takes only 10–15 sessions. The protocol for the laser is based on skin type and plaque induration. A case report demonstrated that, by applying an aggressive protocol by using plaque-based sub-blistering dosimetry, a PASI-75 response can be reached in only two sessions [8]. In traditional full-body phototherapy, the maximum dose is the minimal erythema dose (MED).

“Plaques can take more light than normal skin; the applied dose is higher than the MED. On plaques, the lighter you give, the more effective it is, and erythema disappears quickly,” explained Dr Koo. According to his experience, this is not even painful for patients.

By applying high doses, T cells producing TNF-α are selectively and effectively decreased; the same applies for IL-2 producing cells. This probably explains the fact that laser treatment also enables a long remission of about six months without further treatment [9]. This novel way of enhanced phototherapy is important because, in the experience of Dr Koo, many people nowadays have no time to undergo the traditional phototherapy regime.